Us, there are two of us, Aude and Aude

There is the blondie and the brunette, the tall one and the short one.
The blondie comes from Brittany and cannot live without salt butter. Immersed in the Finance world, she decided to take a break and to tour the world. First stop: Ushuaïa. The brunette is a true Parisian. Half Belgian blooded but with a flaming French heart. Having spent quite a few years in industry and a sudden personal questioning, she leaves everything, and with her husband and young son for a world tour. Six months later, they reach Ushuaïa.
Apart from our first names, we did not have much in common, but… the nicest surprises when travelling are those improbable meetings becoming a wonderful friendship ending 4 years later with the opening of a bakery right in the center of Paris.

We met at a tiny youth hostel sheltered from the snow storms blowing over the Thierra del Fuego. With the roads closed, boats blocked in the docks, planes grounded, we grew to know each other, sliding with sleds, making paper planes, playing games and making plans.for the future That is when Aude, the blondie, spoke for the first time about a crazy project, make and sell homemade canelés

Our cohabitation lasted 5 weeks, during which we barbecued, visited the Liegib et Cabo Polonio factories, the Iguacu Falls, Uruguay, we crossed 2 countries and travelled 3000km together. Finally, at Buenos Aires, we each followed our own path and we bid good bye to each other.

We reunited only a year after. We were all back at Paris. Aude, the blondie, left her Financial position as well as her native Brittany and Aude, the brunette, pampered her new born baby girl and quitted the Industry world. Brain storming started, professional choices, work reconversion, so many questions to be taken into account, heated up discussions and at the end the challenge is agreed on: the canelés idea is the right decision!

October 2016, we registered for a CAP bakery course.

A year later, we opened our boutique ‘Aux Deux Canelés’ and when we look backwards, we can only say: “What an extraordinary adventure’." 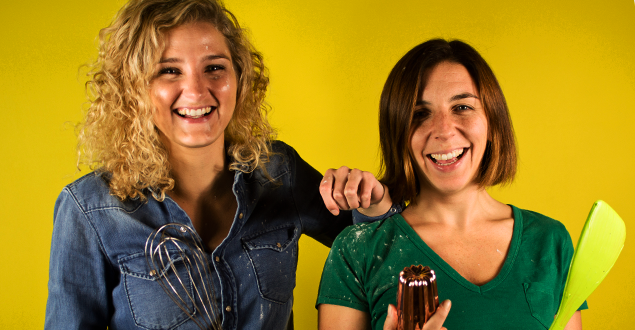 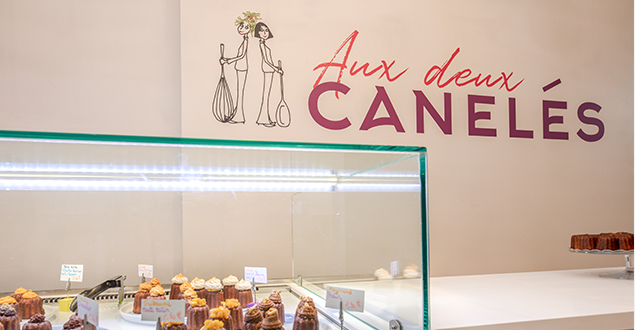